Mark Twain's aversion to describing anything in simple terms seems to have been so severe one might be forgiven for believing the simple act of writing a trite phrase on a piece of paper would cause him to break out in hives.

Consider this line from "Roughing It", a 500-page account of his time in the American west during the mid-nineteenth-century Gold Rush:

Cemetery occupants?! If I ever find opportunity to use a phrase of Twain's in conversation I totally want it to be that one. I may get my teeth knocked out for it but I'm absolutely sure it will be worth it. 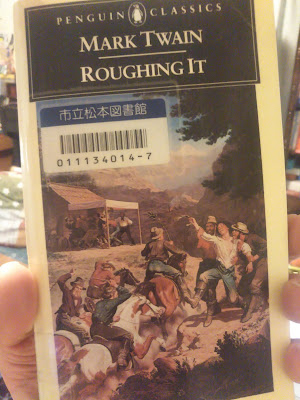 Twain's knack for turning a phrase is just one of the things that can keep me interested for 500+ pages of single-spaced print so small I can actually feel it destroying my eyesight.

Another of his charms is his fearlessness in calling out stupidity when he sees it (something I get my teeth knocked out for regularly).

Coincidentally, that line up there about the men who murdered twenty-six cemetery residents* is the lead-in to another talent of Twain's: his ability to verbally decimate something most of the rest of us take for granted - in this case the antiquated, self-defeating system of trial by jury.

Twain uses the example of the abovementioned (and ultimately acquitted) murderers to show just why the present trial by jury system is a farce at best.

"Alfred the Great, when he invented trial by jury, and knew that he had admirably framed it to secure justice in his age of the world, was not aware that in the nineteenth century the condition of things would be so entirely changed that unless he rose from the grave and altered the jury plan to meet the emergency, it would prove the most ingenious and infallible agency for defeating justice that human wisdom could contrive."

In other words, the system that Alfred (arguably) put in place was all fine and dandy in 9th Century England, but was of no practical use in 19th Century Anywhere. It was, in fact, as Twain would argue, a detriment to the very cause of justice it was meant to advance.

"In (Alfred's) day news could not travel fast, and hence he could easily find a jury of honest, intelligent men who had not heard of the case they were called to try - but in our day of telegraphs and newspapers his plan compels us to swear in juries composed of fools and rascals, because the system rigidly excludes honest men and men of brains." 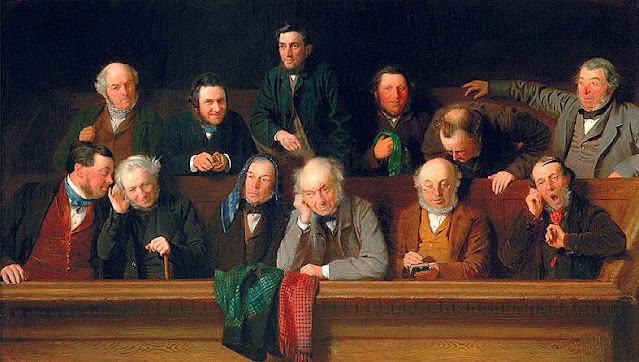 Jump ahead to the 21st Century and the jury pool is limited to the four people out there who don't like using the Internet and a bunch of people who don't know how.

But back to Twain's time.

"I remember one of those sorrowful farces, in Virginia, which we call a jury trial. A noted desperado killed Mr. B., a good citizen, in the most wanton and cold-blooded way. Of course the papers were full of it, and all men capable of reading, read about it. And of course all men not deaf and dumb and idiotic, talked about it.

A jury list was made out, and Mr. B. L., a prominent banker and a valued citizen, was questioned precisely as he would have been questioned in any court in America: 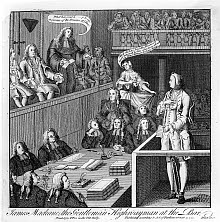 'Have you heard of this homicide?'

'Have you held conversations upon the subject?'

'Have you formed or expressed opinions about it?'

'Have you read the newspaper accounts of it?'

A minister, intelligent, esteemed, and greatly respected; a merchant of high character and known probity; a mining superintendent of intelligence and unblemished reputation; a quartz mill owner of excellent standing, were all questioned in the same way, and all set aside. Each said the public talk and the newspaper reports had not so biased his mind but that sworn testimony would overthrow his previously formed opinions and enable him to render a verdict without prejudice and in accordance with the facts. But of course such men could not be trusted with the case. Ignoramuses alone could mete out unsullied justice.

When the peremptory challenges were all exhausted, a jury of twelve men was impaneled – a jury who swore they had neither heard, read, talked about nor expressed an opinion concerning a murder which the very cattle in corrals, the Indians in the sage-brush and the stones in the streets were cognizant of! It was a jury composed of two desperadoes, two low beer-house politicians, three bar-keepers, two ranchmen who could not read, and three dull, stupid, human donkeys! It actually came out afterward, that one of these latter thought that incest and arson were the same thing. The verdict rendered by this jury was, Not Guilty. What else could one expect?

The jury system puts a ban upon intelligence and honesty, and a premium upon ignorance, stupidity and perjury. It is a shame that we must continue to use a worthless system because it was good a thousand years ago. In this age, when a gentleman of high social standing, intelligence and probity, swears that testimony given under solemn oath will outweigh, with him, street talk and newspaper reports based upon mere hearsay, he is worth a hundred jurymen who will swear to their own ignorance and stupidity, and justice would be far safer in his hands than in theirs." 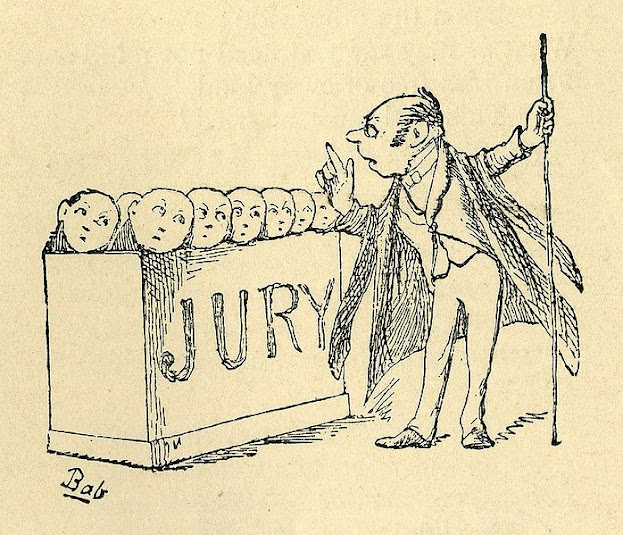 While my main admiration for Twain is his skill with a quill, time and again I have to give him a discarnate high-five for his outlook on life and society - an outlook that remains relevant a century and a half after he put them to paper.

Are there people out there who are able to avoid all knowledge of what is happening in the world? (Come to think of it, those who pay no attention to the news might be the smartest people around.) Has the system managed to move past the issues that Twain raises? For better or for worse I have not been in a courtroom lately so I have no idea if they are really going to have to find twelve unopinionated, uninformed people out there who would qualify to sit on the jury for even one of Trump's many upcoming trips to the defendant's chair.

I suppose I could look into it, but I'm kind of busy at the moment. Twain's "Innocents Abroad" is over a thousand pages long...