and snacks on a pile of ancient dirt. 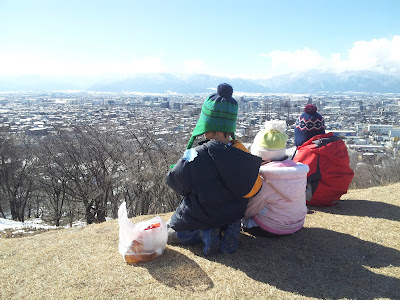 We could have just sat at the kitchen table and had cocoa. But the crisp blue sky was too much to ignore. So I bundled up the kids and tossed them in the car for the quick ride to Kobo-yama.

It's usually just a few minutes' walk from the creek where we park and through the tree-covered slopes up to the top of this oversized hill. On this day it took a bit longer with all the snow that still prevails on the northern side but for the kids, who already have little sense of time, how long it takes is irrelevant. Only the fun factor matters. At least until the frostbite sets in.

We'd been here before, in the spring, when the west-facing half of the hill becomes a pink and white blanket of cherry blossoms. Then too I'd tried to impress my kids with the fact that the top of this big hill is actually a burial mound dating back to the 3rd Century. They didn't care then, and they didn't care now - particularly my daughter, who thinks anything that happened anytime in her four years of existence was 'yesterday'. That none of us will be here in another century is equally unimpressive.

I'm just happy they like it out here enough to forget all about the kitchen table. 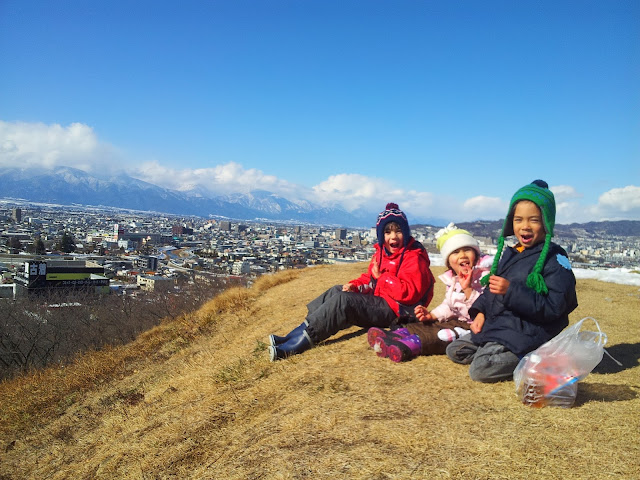