Question: How do you get the second and third largest economies in the world to kiss your ass?

Answer: Tell them you want to spend $5 billion on a train that goes really fast.

Indonesia, as the fourth most populous nation in the world, is bound to have a few clever characters hanging around. And one of them, we find, has been stringing China and Japan along for months with talk of wanting to build a high-speed railway linking Jakarta and Bandung. China and Japan, blinded by the amount of cash to be made - mainly by the politicians bucking for the deal - have been going totally ga-ga over the idea.

It's a scientific fact that you can't think straight when you are going totally ga-ga. 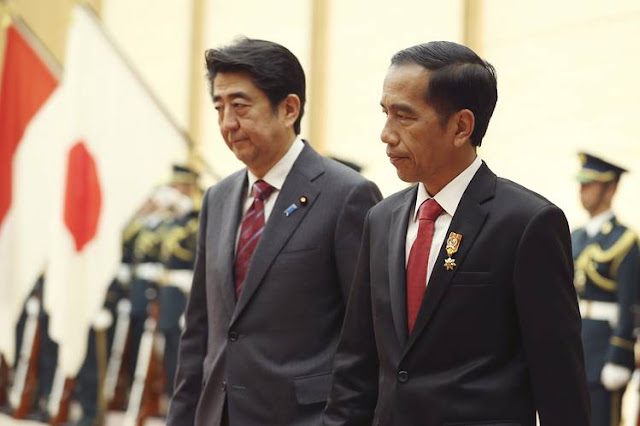 The distance between Jakarta and Bandung is a galactic 150 kilometers - the same amount of real estate that separates New York and Philadelphia. (It is also the equivalent of running around the Tokyo Dome about 150 times. It might be the same as running around Beijing's Bird's Nest 150 times but my correspondent who tried it was arrested after three laps and I haven't heard from him since.)

Personally I'd love to be able to jump on a train in New York and be in Philadelphia 35 minutes later, particularly if the trip culminated in the Yankees spanking the Phillies' butts again. But if we have to stop in Newark, Trenton and Andalusia along the way that high-speed train isn't going to have a chance to hit that oh-my-ga-ga 300 kilometers per hour so what woud be the point? The Yankess would be up by 15 runs by the time I got there.

China and Japan, too busy going ga-ga, didn't realize the stops between Jakarta and Bandung would have a similar effect (although you can show up two days late for a cricket match and it will stilll be going on). And after kissing all the highest-ranking Indonesian asses, bringing gifts of highest-quality sake and the finest illegally-fished whale meat in the world (Japan) and the highest-quality fake sake and gutter oil mooncakes (China), the cleverest of the clever decided they didn't really want to spend $5 billion on a high-speed train.
Instead they are looking into spending just $3 billion on a mid-speed train, which will take an excruciating 45 minutes to get from Jakarta to Bandung.

Indonesia's asses have invited China and Japan to start bidding on the project.
Posted by Kevin Kato at 12:44 PM