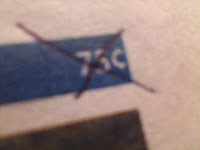 One day last week – which day I don’t remember because I’d rather forget about it – I spent a sickly part of my morning on the phone with one of the fine folks at the local GEICO factory. Understanding car insurance is hard; getting car insurance shouldn’t be. Yet there I was, on the phone for over an hour as the self-appraised super-representative on the other end subjected me to all manner of informational inquisition. What’s the VIN on the car? What’s your old driver’s license number? Date of birth? Social security number? How long has your wife been driving? You drink much? You need renter’s insurance? How many fingers am I holding up?

What am I, on the list of suspected car insurance terrorists?

‘Okay, you’re all set,’ my super-duper pooper-scooper said. Finally. ‘I’ll send you your policy number in a confirmation email.’ An hour later I get a message thanking me for choosing GEICO and confirming the charges to my credit card have been approved for the brand spanking new insurance policy issued to someone named Scott C. Smith.


Eighteen hours and eighteen messages later one of the geckos finally called me back – and had no clue as to the how or why it happened or what to do about it and so transferred me to a gecko in a different department. This very nice and polite and quite helpful member of the Gekkonidae family spent the next 90 minutes asking me to be patient as she crept her sticky feet slowly through the procedural maze, searching for that elusive pellet of resolution. Change the name on the policy maybe? What? Don’t have that sort of authority? Does anyone? Anywhere? Did you try the data entry intern in the basement?...Sure I’ll hold…

While the muzak played in my ear I grabbed a free copy of the Times of Northport-East Northport from the wire rack at the end of the bench I was by now way too familiar with. I mean I assume they were free. They were all just sitting there. The little ‘75¢’ in the top corner must have been a typo – much like the rest of the paper.

I like flipping through local newspapers because, even more than lengthy phone conversations with geckos from neighboring towns, they offer a subliminal sense of the community mindset. We see what the elected officials are gabbing on about. We read what’s happening with, to and because of the people. What’s important to the community? What’s the prevailing wind of conversation? The answers are on every page – in the articles, in the advertisements, even in the police blotter. More than all this, though, we get a sense of the mindset of the citizenry in the way it’s all mis-laid out.

The first thing I noticed, besides the misspelling of ‘free’, was the town’s need for a proofreader. The sadly loving front-page account of an area high school teacher who recently lost his battle with cancer was written with skillful warmth. The world needs more people like this, and the loss is obviously a great one for the community. The reader however is left to wonder whether the man was 36 as stated in the sub-headline or 35 as is written in the first paragraph. As well-loved and highly-regarded as he was, it’s strange that no one seems to know when his birthday was.

The other front page article is also school-related, as is the half-page ad on page two as well as the piece taking up the majority of page 3, outlining one area school’s passive-aggressive approach to dealing with drug use among their students. According to the article, the school district ‘is considering using surveys to measure student use of controlled substances, parents’ perception of student use and the correlation between the two.’ However, the district has for many years running decided not to utilize these surveys because they think that ‘much of the information from the survey would confirm what they already know.’ But since ‘other school districts have used the surveys to get grants for educational programs’ the historically-stubborn and groundlessly-enlightened school board members in question are now considering these suddenly-useful questionnaires. But only for 8th through 12th graders because ‘it has been assumed that most drug use in the district does not begin until eighth grade.’ (I would like to believe even this is a conservative assumption. It’s easier than picturing sixth and seventh graders chewing on methamphetamine button candies. But at the end of the day we’re only kidding ourselves.)

Back on page two is an article telling of the recent big-city success of East Northport’s own rock and roll masters, – a trio who look a lot like the kind of people you might see on a nude beach. (A real nude beach I mean, not the kind in a movie that is worth paying seven bucks to see.)

Page four features Mr. Pearltooth’s decision to end his campaign to take away incumbent Senator Shitgrin’s 2nd District seat. Recently offered a position in the upper echelons of the administration, Sparklefang says he’d like to ‘focus his efforts there,’ allowing Shitgrin to run unopposed. P-Toot, as he is known in his old neighborhood, will oversee the newly-fabricated Traffic Violations Bureau, which serves the ostensible purpose of assisting district court with traffic and parking fines and summonses. In his free time he will also oversee the county’s fire, rescue and emergency services as well as the police, probation and parks departments. In other words, he’ll be overseeing the county. ‘He’s got extensive background in homeland security,’ was the apparent reasoning. Senator Poopsmile, meanwhile, is running unopposed a record sixth consecutive time, as every election cycle his opponent seems to suddenly accept an offer of some cushy, made-up position somewhere in the 2nd district.

We see on page five that certain townsfolk have worked themselves into a tizzy over the bamboo plants they say have ‘encroached on their properties, ruining their quality of life.’ One local councilwoman is even pressing for a law which will curtail the spread of this invasive and naughty species. Obviously she hasn’t stopped to consider how cute it will be with all those pandas rolling around all over town.

Below this is a plea disguised as an article about animals at the shelter who need homes before (it doesn’t say this) they are destroyed. ‘Storm the dog is a very patient little one,’ it reads. Storm. Yes, very patient in waiting for master to leave the house so he can whip himself up into a frenzied, furniture-shredding hurricane.

Texting while driving seems to be an issue of great concern to the community, particularly regarding teenagers. To combat the growing problem one area high school is planning an ‘anti-texting while driving’ initiative, which will include, among other events and promotional gags, an ad contest open to all area students to help drive the point home. The prize for the best anti-texting message? An iPad.

The next two pages are dedicated to the upcoming Long Island Fall Festival, happening over the long Erikson Columbus Day weekend. With all the sponsors on board I’m expecting big things – or at the very least a pile of promotional refrigerator magnets and mini-calendars. At a glance the line-up looks well-suited for the family: Pony Rides, Petting Zoo, Corn Maze and Pumpkin Painting for mom to take the kids to while dad heads over to the beer tent where the football games will be shown on wide screen. Long Island Blood Services will also be there, hosting a blood drive. I like to donate whenever convenient chance arises, but this raises a bit of a conundrum. Do I donate before or after spending three hours in the beer tent wondering during the commercials how mom is doing with the kids? Donating before will give me more bang for my beer buck. Donating after may save some patient somewhere a few bucks on his anesthesia bill. Either way I get free juice and snacks. Maybe I’ll go twice.

Twelve pages of classifieds, home service advertisements and real estate listings are followed by two more full pages devoted to the Fall Festival – the live music schedule and the all-important map. The beer tent, I see, has been assigned a spot in one corner of the park, right next to the church – for the bathrooms, it notes, along with an extra bit about the priest being available for confession. (No mention of juice and snacks, or any other crowd-drawing gimmick. Maybe the priest wants to watch football too.)

The entire right column of Page 13 tells us of a man named Vannucci, who was recently voted Long Island’s first ever Savvy Senior King for Savvy Senior Day, put on by the Association of Generational Experts for Seniors (I’m guessing they decided on the acronym before the name) . Vannucci, pictured in a crown and robe alongside the similarly-costumed Savvy Queen of Cedarhurst, is a heart attack survivor and born-again health nut. At 82, he is also an avid (and by some friends’ accounts suicidal) skier. (The credentials and capers of the Queen were apparently deemed too boring to include in the article.) In the left column of page 13, next to this celebration of our area’s vibrant senior citizen community, are the obituaries.

The remaining few pages of this fine local newsletter are dedicated to a few people’s hi-falutin opinions about their pet interests sandwiched by a rundown of the high school football team’s homecoming victory, which takes longer to read than watching the actual game would have. I attended the town’s annual parade a few weeks ago; the football team was in it, four or five dozen young, disinterested men in jeans and jerseys, shuffling through puddles of their own testosterone.

We’ll see how tough they are once the pandas show up.

Well it took a while, but I was finally able to get things all straightened out with Geico.