Does It Matter If My Kid Only Comes In Tenth?

A couple of weeks ago my kids’ elementary school held their annual class-by-class road race. Though I don't think “race” is quite the right word. Standing on the side of the road, watching them all go by, I saw it as a stripping of the soul. A study in human response.

Those out in front wore that winning intent on their faces. Others ran with red-faced, wind-sucking desperation, like they were trying to prove something to their classmates or their moms or themselves.

Some kids were running alongside their friends, for enjoyment or mutual encouragement or emotional security. Expressions varied across the three.

A few were clearly just going through the motions, faces devoid of both exertion and emotion. Detached. Ambivalent. Do it and get on with the day.

As the stream of kids thinned I saw a different expression become prevalent: that of a person in pain. Physical. Emotional. Both. When I was in grade school I never imagined that anyone could not like gym class.

As the last of them shuffled past the debate began in my head: Was this necessary? 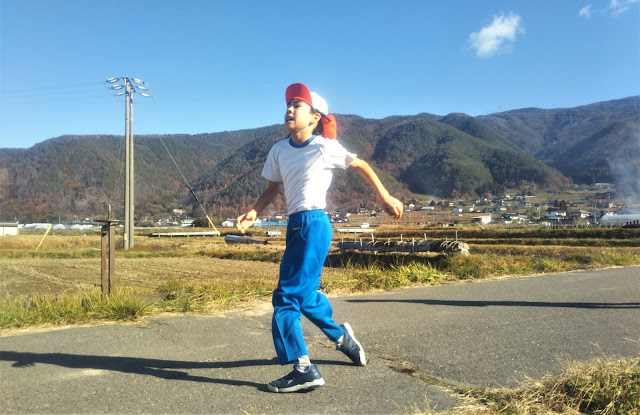 I watched the last kid, heading up the valley road, already resigned to walking. I thought about how the fastest runners would be recognized in a simple ceremony after the race and then everyone would return to their classrooms and the loose routine of a normal school day. And I came to the conclusion that to ask whether this is necessary is to ask the wrong question.

The question is, is this good?

I say it is. It is good just as a school concert, an art exhibition, or a spelling bee or any situation where kids are encouraged to do their best is good. The difference is that out here, running individually and increasingly apart from the others, the strong and the weak are both glaringly exposed. It’s no surprise some of those kids choose to run in groups in the middle.

But out here, as with any endeavor, the iterated focus and the underlying lesson should be no more and no less than these six words: “Put everything you have into this.”

No matter the challenge – running three kilometers, playing the recorder in a school production, or giving a class presentation – asking not for excellence but for effort builds something. Something good. Something that translates into a foundation for other things in life. That kid may have hated every second of that run, but having done it, and done it better perhaps than she thought she could, will serve her well in things that have nothing to do with running.

I say this as a man who was once a kid for whom some things came easily. A kid who immersed himself in those things, defined himself by them, and quickly rejected anything he was not immediately good at. A kid who now, as a man, finds himself living the result of never having pushed himself in things he could not readily do well, or had reason to believe he could do well without much effort or chance of failure.

This probably explains why I’ll cycle across Cambodia without a map but I can’t play a musical instrument.

It explains, perhaps, why I never pursued a career. Or maybe I just like my freedom too much.

In the past couple of races my kid finished second in his class. This year he came in tenth. 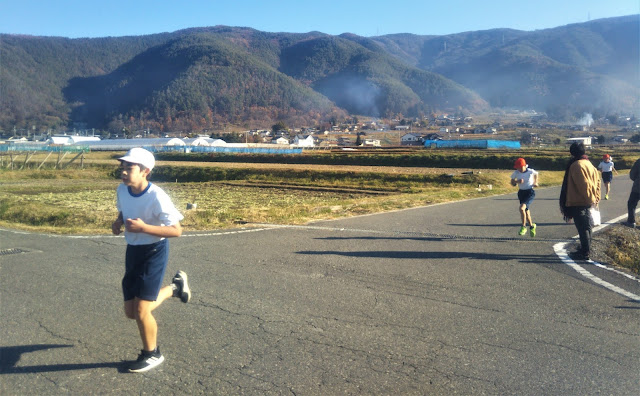 If he’d come in tenth every other year I wouldn’t give it a second thought. And in the grand scheme of things I can’t say finishing tenth and not second is of any great consequence.