Time is a Waste of Money

The fifth installment in the series. These people have no idea the fodder they are providing. 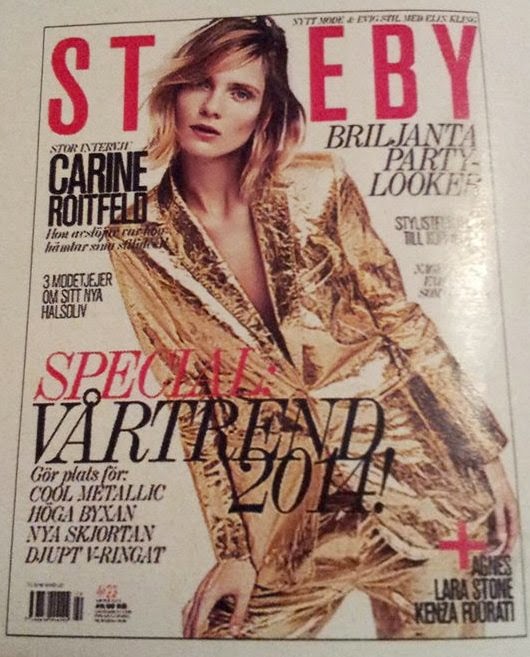 Imagine: someone comes up to you and asks to take your picture. “Okay,” you say, because you’re cool like that. But then the person asks you to dress in this gold foil suit. And strike a pose like you are feeling the beginning stages of a hernia. “Now, look at the camera like you know you’re sexy!”

Now imagine you are showing up at the studio for the eightieth time, to have people take your picture for $5,000 an hour. Same gold foil get-up. Same hernia pose. “Now, look at the camera like you know you are sexy!”

Not so hard anymore, is it?

No matter who you are, if it’s your first time the whole thing seems ridiculous. Why? Because it is. Stick around, though, and everything changes. No matter who you are – the model, the cameraman, the umbrella man or the chump who buys the magazine – this sort of thing goes to your head. “Now you know you are sexy!”

This has got to be the dynamic behind WSJ’s ridiculous magazine. Because if they saw their watch ads like a normal person - or like a person like me - they simply wouldn't publish them. Fortunately for the rest of us they are too into themselves to understand. 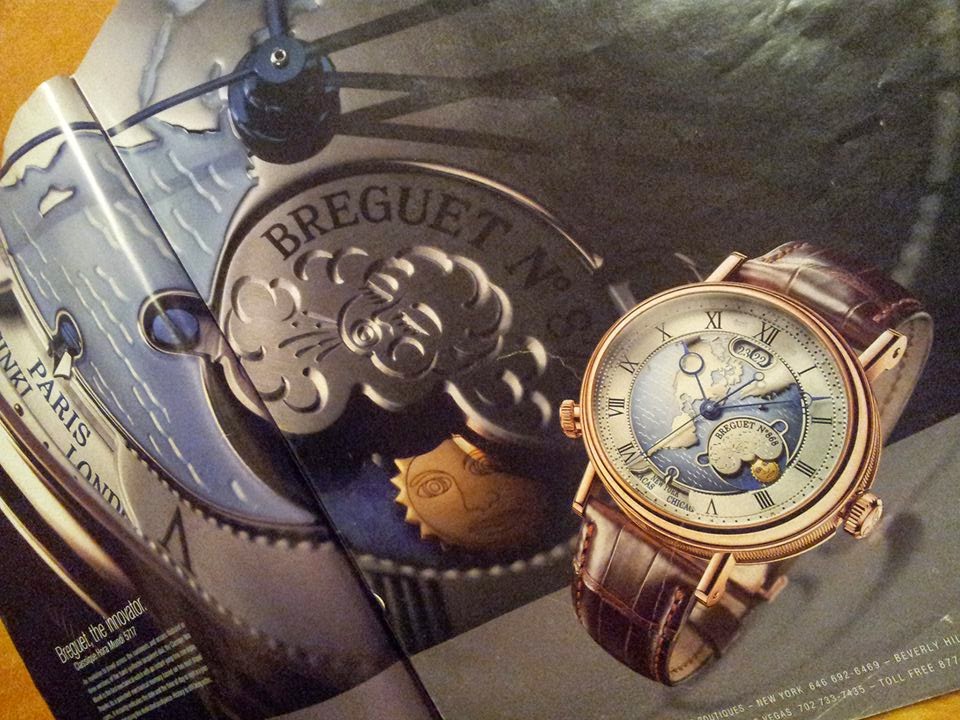 The first two pages of our esteemed WSJ Ragazine comprise a misleading self-tribute by the watchmaker Breguet (“depuis” 1775). They are trying to pass off their “instant-jump time-zone display” as some mechanical memory marvel but in reality it works on the same principles as this vegetable planting guide. 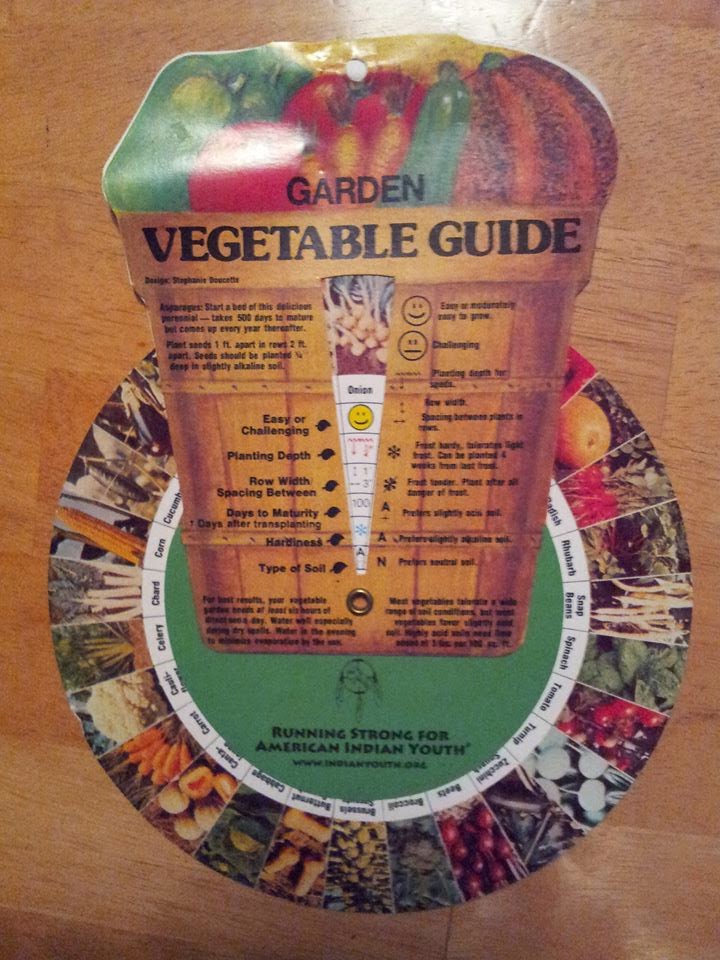 Notice on that little dial on the left side of the photo of Breguet's toy we see both Paris and London. And that's Helsinki falling off the edge there. Each is one hour later than the last. Turn that platinum dial and, just like our paper vegetable guide, the info we are looking for appears in the little window at the top. So now we know exactly when to tell our friends in Helsinki to plant their cucumbers.

“French crystal giant Baccarat turns 250 this year,” says Sarah Medford, author of the quick piece of 'vomissement' on page 31. To celebrate a quarter of a millennium of knowing they are sexy, Sarah explains, Baccarat has recreated their 1948 “Sun Clock”, 88 pounds of crystal daggers shooting elegantly out from…yes, you guessed it. A clock. The original was made for the opening of their first store. This new version, which can be yours for $150K, is worth every penny due to its “glittering history”.

Sarah Medford has been staring at crystals too long. 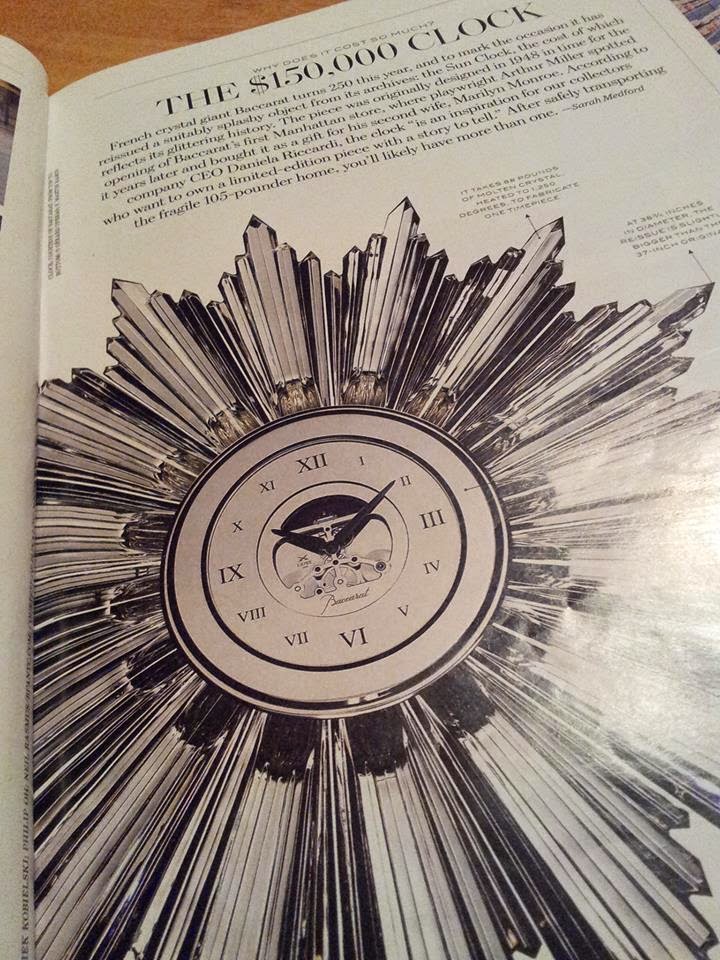 Sarah tells us in her little history lesson that Playwright Arthur Miller bought the original Sun Clock for his second wife, Marilyn Monroe. What Ms. Medford fails to tell us (due to her lack of research and a non-existent sense of humor) is that Marilyn Monroe had had her eye on this clock for years. In 1956 she married Joe DiMaggio because she thought he'd bought it; then she went home with him after the honeymoon and couldn’t find it anywhere and so immediately divorced him.

Two years and some investigating later she did her billowing skirt thing for Arthur and, after sticking around for five years to make it look legit, took his clock and divorced him.

Baccarat CEO Daniela “D-Train” Riccardi states the new Sun Clock “is an inspiration for our collectors who want to own a limited-edition piece with a story to tell.”

Tell you what, if buying a clock is the best you can do with $150,000 and a desire to have something to talk about you are fantastically unimaginative.

On the next page, under Keith Wagstaff’s take on some artsy-fartsy stereo components, Christopher Ross (who also introduced us toFrederic Malle’s penchant for bad suits and quotes from Voltaire) tells us about Hermes’s own limited-edition timepiece, their “Dressage L’heure Masquee” (translation: Hide the hour in dressing. Preferably French.) 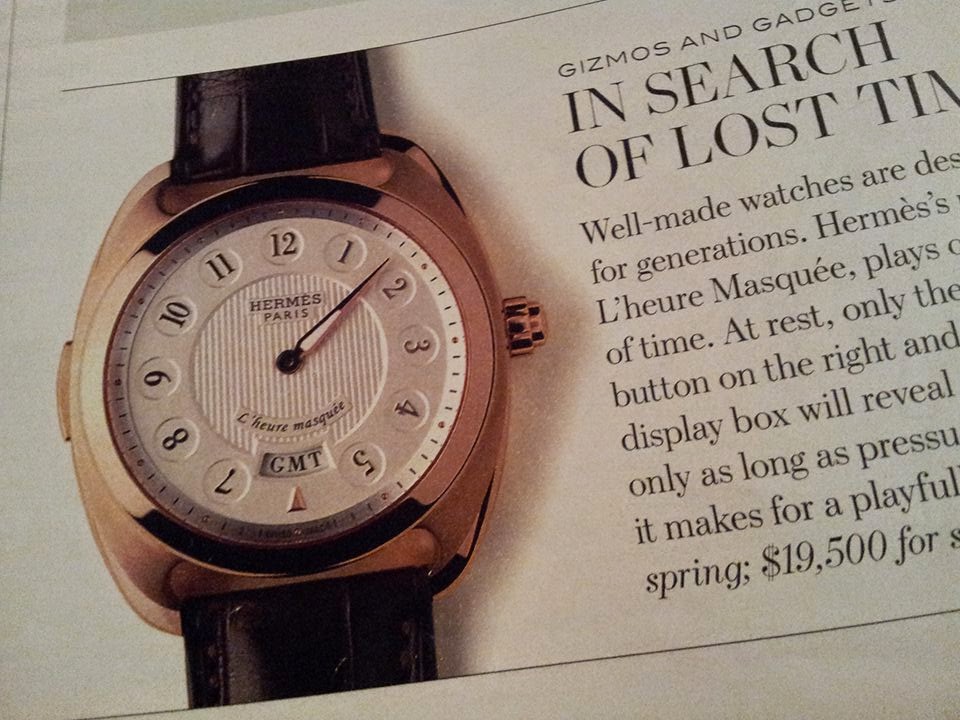 “Well-made watches are designed to capture the moment,” he says.

No Chris, that would be a camera.

Available in steel for $19,500 or in rose gold (a step up from marigold) for $44,000, this timely bit of narcissism is no ordinary watch. “At rest, only the minute hand shows,” we are told – which leads this writer to think one would consequently miss a whole lot of moments. Or meetings.

Push a button, though, and the hour hand “magically appears”, making this watch the perfect accessory for someone who has outgrown their 18-karat decoder ring.

On the back cover of WSJ’s April magazine we see an ad for another Hermes watch, filled with all the

makings of a bad horror movie.

A slender and unblemished early-teenaged girl is holding a conch shell to her ear. She looks utterly entranced by the apparent sound of the ocean and completely oblivious to the electric blue algae oozing from the shell onto her face and down her neck.

Metamorphosis, Hermes calls this watch. Seeing as this presumably innocent young girl will be dressed in a gold foil suit and a hernia someday, this seems the perfect name.

All right, what’s with all the watch ads anyway, you ask? Come on now, get with the pompous program! It’s Watch Week on Madison Avenue! For six days in May “the largest fine timepiece marketplace in …will become the epicenter of haute horology”.

Yes, I can feel the earth shaking now.

Come closer, my friends, see the second hand move quickly around the dial, passing his patient friend Mr. Minute Hand again and again…Look, see the buckle on the strap…

I wonder if we can see Watch Week in IMAX 3D. That would be awesome.

Next up: A two-page spread titled Line Your Pocket (a clever allusion to the Wall Street mantra of “line your pockets”) consists of five pocket watches with price tags ranging from $44,000 and change to just under two million dollars. Yes, for a pocket watch. Which means all you Wall Street types can get a watch for each pocket with the bonuses you give yourselves for destroying the economy.

One final ad for a watch shows a fighter jet about to take off from the deck of an aircraft carrier. Underneath this is a picture of a guy dressed like a fighter pilot showing off his Bell & Ross BR 03-92 Ceramic model, only $2,900 at Barneys. “Free Shipping! No Minimum!” they say, which is a relief since it means I won’t have to get a second one to avoid the spiraling-out-of-control price of a stamp.

Which may sound ridiculous to you and me, but after a little time in that world it would seem perfectly normal, I’m sure.
Posted by Kevin Kato at 8:30 AM