Putting the 'nary' in 'luminary'.

Continuing our deconstruction of the Wall Street Journal Magazine, April 2014 Edition, we rate the (un)importance of six so-called "luminaries". But first, a dissertation in marketing in the 21st Century.

Enough of this biology-blurring bullshit. Michael Jackson looked like a complete freak trying to make himself look white. So someone please give me a sane explanation for this ad for white shirts (I guess) that features an androgynous mannequin looking out a window, one plastic hand resting above what may be the swell of a breast in a sultry, sexy Does this mean I am a woman? pose.

Michael, you were a stellar performer but you had serious issues. And I’m not even counting the whole McCauley Caulkin thing. For anyone who is drawn by this androgynous marketing trend, hear this: Buying someone’s shirt is not going to help you figure out who you really are let alone deal with it.

How’s that for a theory?

This mannequin seems to be gazing with prescient confusion at the opposite page, where we see WSJ Magazine’s six April “columnists” – so dubbed because they have each managed to write something to fill one column of space. These people are also referred to as luminaries, which compelled me to do a little research – starting with the definition of luminary. This because WSJ’s first columnist, Simon Doonan, is said to be “the creative ambassador for Barneys” and I couldn’t imagine an ambassadorship to a purple dinosaur requiring or resulting in being luminescent.

Have Nasal Dexterity, Will 'Work'.

They say when you lose one sense the others grow more acute. Nowhere is this postulate more evident than in the case of our perfumer friend Frederic Malle, made famous in Part Deux of our WSJ Magazine deconstruction. 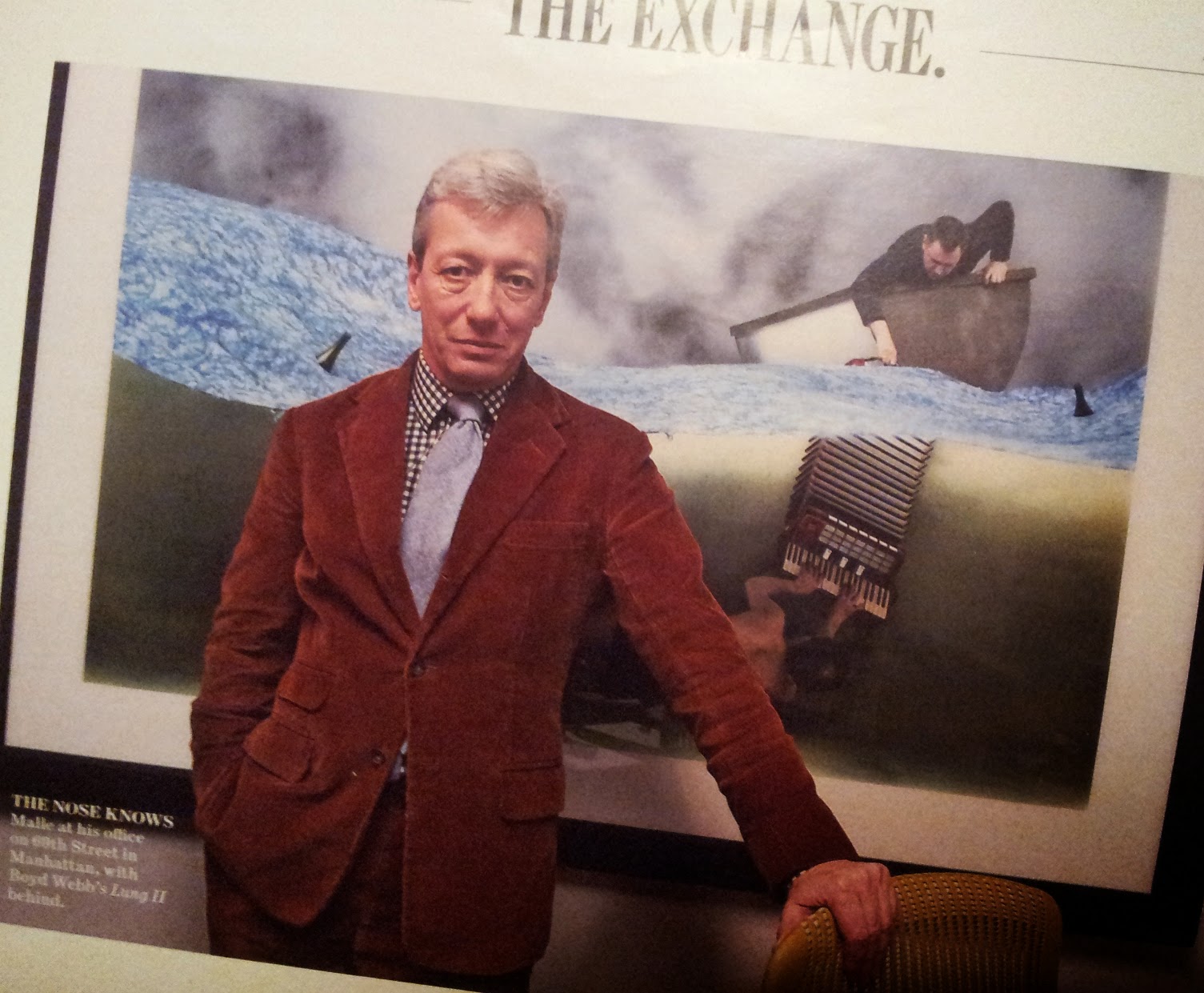 This two-page fairy tale about Monsieur Malle would have us believe his super olfactory powers are genetic in nature and nurtured through the child labor imposed on him by his own mother. But considering he would on any day (let alone the day of his big interview with the Wall Street Journal Magazine) wear that suede Bordeaux and ox piss suit with a black-and-white checkered shirt and a tie as wide as the Seine and as depressing as the winter sky over the shores of Calais, it stands to reason that poor eyesight was the true catalyst for his supposed nasal dexterity.

And it is Frere Frederic's nasal dexterity that has brought him his success. Not as a wine connoisseur can tell at a whiff the difference between a 1986 Chateau Cos D'Estournel Saint Estephe and a 1989 Chateau La Conseillante Pomerol, but as the annoying guy two cubicles down who sticks his nose in the you-know-what of every person up and down the supply chain. That color scheme he wears is a tribute to, he says (and a thinly-veiled marketing ploy directed at, he doesn't say) big-time French book publisher (and, we can assume, heavy wine consumer) Editions Gallimard. Malle also endeavors to create fragrances "inspired by real people, such as his aunt or his father's charismatic best friend." I could never claim nasal dexterity, but I'd certainly bet a perfume that smells like anyone's father's best friend is destined for the personal care section at Wal-Mart.

Whatever his father's charismatic friend smells like, something Friendophile Freddie is doing apparently works. Because assuming the rest of the article is fair representation of his professional life, there's not much else that one could call work.

Atop the second page of our expose on Frederic Malle we see him enjoying a light breakfast - Fage yogurt, some apple and English breakfast tea - to "maintain a clear palate" it reads. Pardon my French, but if you want a clear palate wouldn't it make more sense to just have a Perrier? There must be something secret in the way he eats that Fage yogurt.

So he gets his clear palate to his office and Skypes with his underlings in Paris - to make sure they haven't gone on strike - and then whispers with his assistant about his upcoming travel plans.

He goes to a fragrance manufacturer to "sniff scents" - next to a colleague who, evidently, prefers to taste them.

After a meeting with an architect, during which he puzzles over the rotten avocado someone left inside his Matryoshka doll, he heads uptown for a well-earned drink with Alejandra Cicognani, a high-profile publicist whose client list is noticeably devoid of any reference to Frederic Malle's perfume empire.

On closer inspection we see that the photo of Frederic Malle and his drink is devoid of anyone named Alejandra Cicognani.

I'm no perfumer. Nor am I an expert on articles about perfumers. I didn't even know perfumer was a word until I read this article.

And after all this I still don't know what makes a great perfumer. Yet there's Frederic, a WSJ Magazine demi-god and purveyor of sweet-smelling snake oil.

I should get a publicist. Or maybe I just need to start treating my Fage yogurt like the magic potion it is.

NEXT UP: We (meaning I) will break down the comments of WSJ's six "taste luminaries," five of whom show extremely bad taste by talking mainly about themselves.

Posted by Kevin Kato at 9:00 AM No comments:

The Value (or not) of a Name

This post is part of a series inspired by the April 2014 Wall Street Journal Magazine and the silly, self-and wealth-aggrandizing people who, I am guessing, have no idea as to the irony in their blither they put forth. Which makes for great fun for the rest of us. Check out the first part HERE. 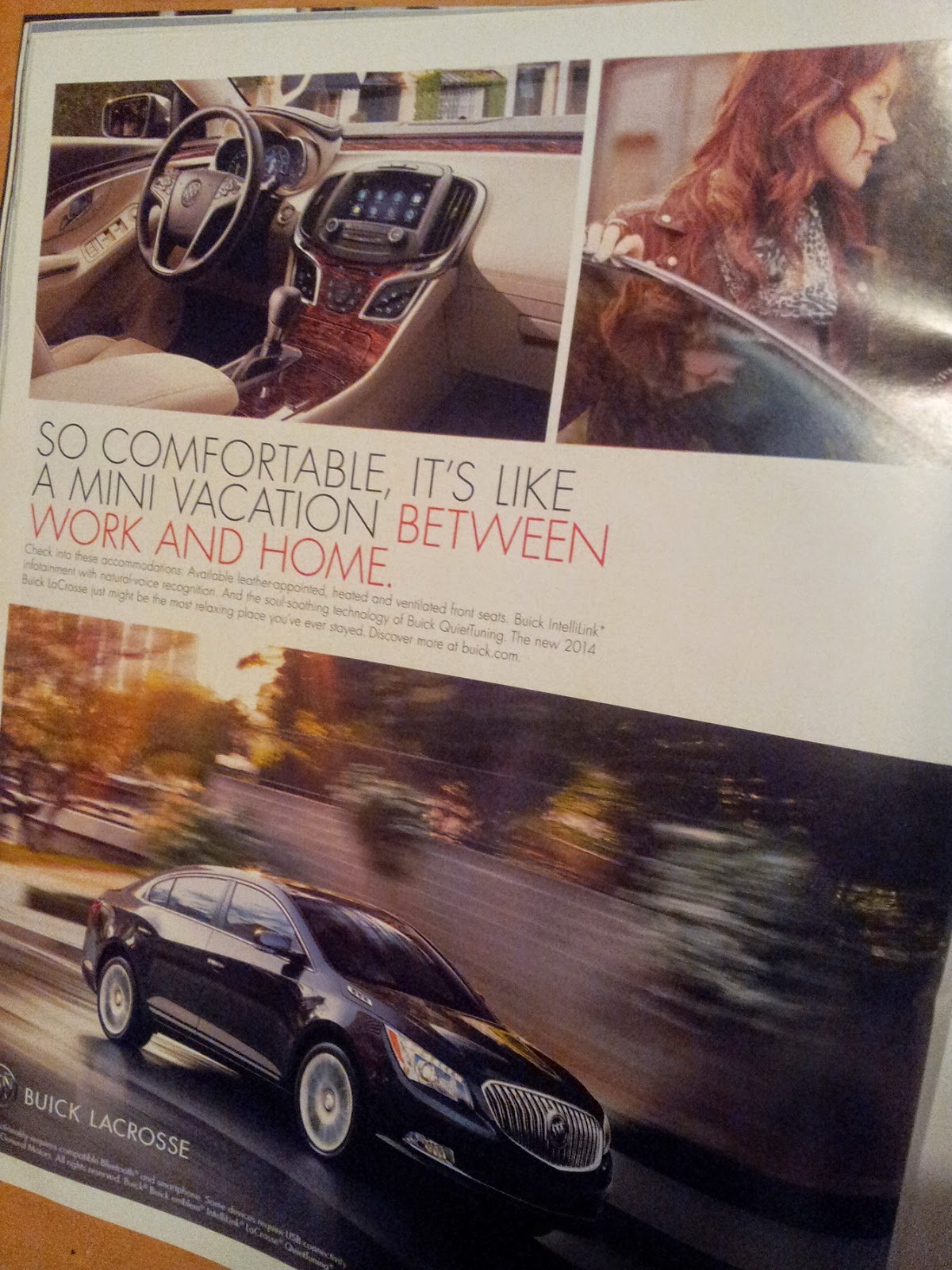 When it comes to buying a car there are two ways to decide for sure which one is right for you.

One involves taking a test drive, to get a feel for how the car moves, how it handles, how it cradles your butt and how easily you are able to fiddle with the sound system while blowing through a yellow light.

The other involves how awesome you believe people will think you are because of the kind of car you drive. Think BMW.

Buick's advertisement in the April WSJ Mag involves neither a test drive nor a name that invokes even a slightly improved sense of worth. Instead they offer this compensatory bit of false allure:

The Buick Lacrosse: So comfortable it's like a mini-vacation between work and home.

Those who equate vacation with comfortable are generally the ones who prefer to spend their vacation stretched out on a chaise longue with a pina colada. In a Buick, this mini vacation would not occur between work and home but rather work and the ICU. 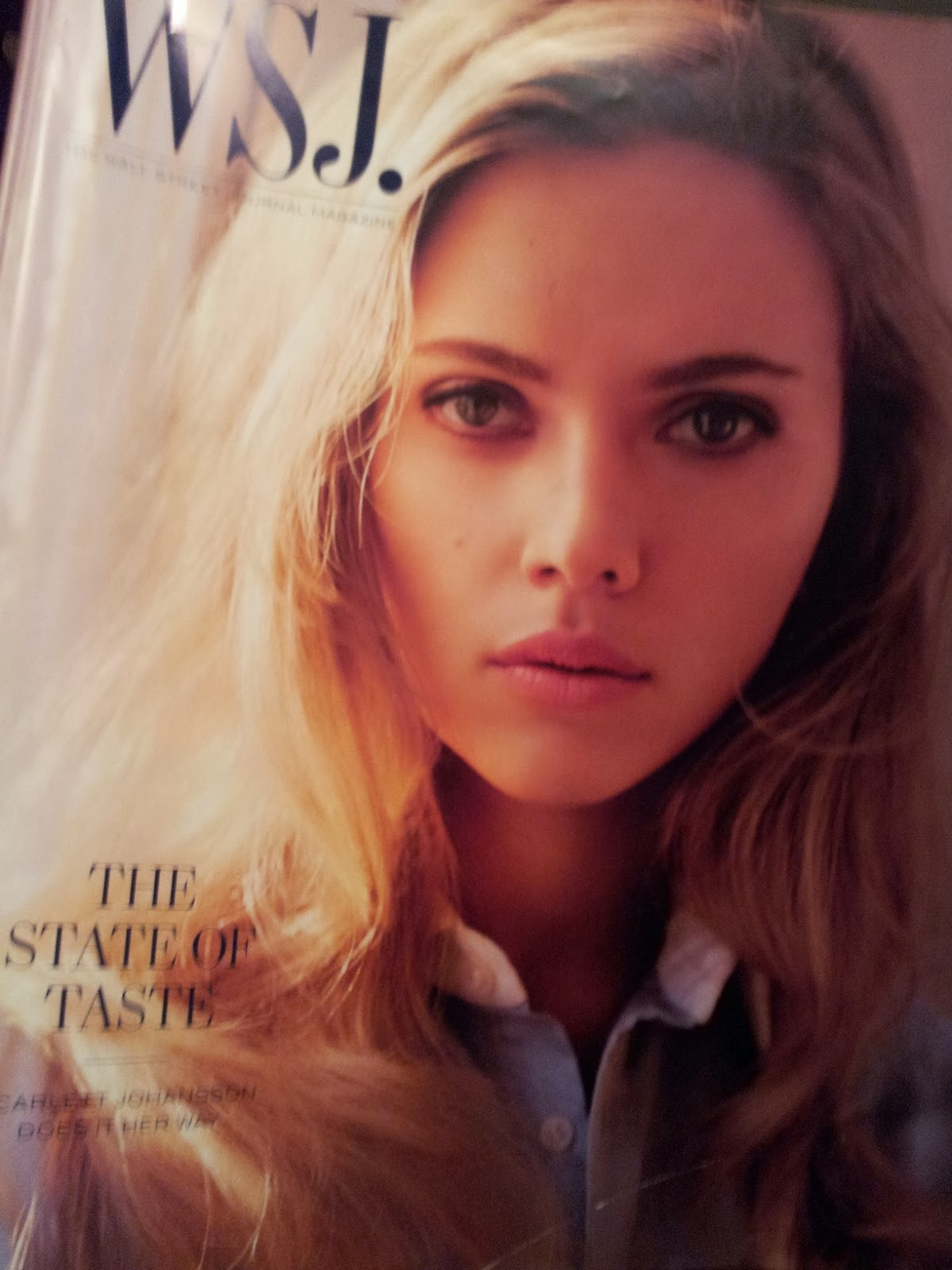 I've had this Wall Street Journal Magazine sitting on my desk for three weeks. (No, that's not the funny part.) On the cover Scarlett Johansson looks back with an expression somewhere between sultry and amnesic. My wife doesn't like it one bit. Probably because she is not amnesic and thus has a hard time being sultry for me.

The topic of this issue is The State of Taste; below this a teaser that invites us readers in a very upper-class font to find out how Scarlett 'does it her way'. Titillating words, meant to induce the reptilian part of my brain to make me flip through, looking for a flesh-heavy photo spread if not a pull-out centerfold.

I was quite disappointed.

As consolation I know that our esteemed financiers are not letting leggy fantasies of Scarlett Johansson distract them from their main and very real purpose of screwing all of us equally.