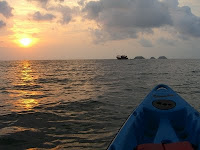 In a previous post I documented an hour of channel-surfing Japanese TV. Admittedly I devoted the lion’s share of my attention to the commercials because they are short and I could squeeze more material out of my self-allotted hour. I didn’t mean any disrespect to the actual programs, which by and large are always just as silly as the adverts.

Though I considered trying, it would be borderline impossible to write an equally bone-splittingly hilarious post about the programming here. Not because TV in the US is any less ridiculous than in Japan, but all four of my devoted readers live in the States so anything I say would be either redundant or offensive, and faster than you could say American I Dull down the drain goes my hard-earned fan base.

Fortunately two weeks ago my mom left the TV on in the den after the recent NCAA championship game.

Already three and a half minutes into the culmination of the greatest sporting event of the year (don't argue with me, it has been scientifically proven) and I am just now tuning in. The kids have a knack of keeping me from life's most important moments with their needy little habits - bedtime stories, clean diapers, rehydration - but they are finally all tucked in. Now my mom and her husband are in a silent power struggle over control of the TV. What about my needs?


So I'm watching the game on some Internet channel or another, no idea if I'm paying for it. Check that - no idea if mom is paying for it. Got this document window open to about the size of a playing card so I can see the entire screen. And a few key stats along the sidebar. (Quick question: How do you pronounce 'Oriakhi'?)

So UConn's Kemba Walker just got the smack down by Andrew Smith after traveling down the lane after getting hip-checked by aforementioned Andrew. Looks like we're in for some fun tonight.

Who Cares Who Matters?

The front page of this Saturday's Newark (NJ) Star-Ledger almost made me toss my oatmeal. Top and center, with a bold headline and a big photo added for extra intellectual value, was an article (two actually) involving someone I was until this Saturday morning completely, utterly and in hindsight blissfully unaware of.

It seems certain people at Rutgers University recently decided it would be a good idea to pay someone $32,000 to come talk to the students for two hours.
My first thought: 'I probably would have done it for half that.' But of course what could I possibly have to say that could rival the wisdom, the priceless inspiration, the sage life-altering advice of...a reality television mouth? With a self-given nickname that rhymes with a snack food? 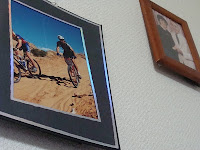 The day after we moved into this apartment two years ago I set up a bookcase in the living room. My family and I were fresh off an extended European vacation, and most of our material world, such that it was, still sat packed in boxes at my in-laws’ house thirty minutes away. We had no table to eat on. We had one bath towel to share. My son wanted his CDs. And with the chill of winter hanging in the March air the kerosene heater would have come in handy.

Naturally, all this would be addressed in due time.

‘We need more blankets,’ my wife yelled from the top of our new staircase as I was grabbing the car keys.

Blankets and books, I said to myself. I need a few good books.

I imagined the warm sun coming in through our sliding glass doors as I flipped through picture books of Iceland and Hokkaido and a dozen US National Parks. I had a couple of kids’ adventure books from Germany. I had a series of books on learning Mandarin, along with a variety of books on Japan – the language, the culture and a smattering of literature in the Japanese original. My wife kept handy a stock of travel magazines; I would add a few tomes on the world’s major religions. Together, these rows of printed and bound treasures would serve as the catalyst of my aspirations.
Read more »
Posted by Kevin Kato at 3:37 AM No comments:

Barely three weeks into 2011 and I can already hear the shatter and crash of people everywhere tossing their new year’s resolutions out the nearest window. Normally I wouldn’t notice it over the sound of the toilet as I flush my own promises away, right along with the back end of the year’s first Tuesday afternoon beer. But this January there’s a new kind of noise around the Kato household. Yes, that sound you are hearing is the smooth, even drone of methodical, almost superhuman planning.

I’ve thrown a few resolutions on the table this year. Not casually tossed under the kotatsu, or mindlessly slipped onto my desk, under a pile of what may be last year’s city tax forms and trail of related notices and summonses. No sir, I’ve been cultivating my powers of concentration in preparation for what is shaping up to be a landmark year for me. This year, no more minutes and hours will be wasted, lost forever in the vortex of inefficiency. This year, things are going to get done, frequently and fast, with none of my valuable ‘Run & Gun Time’ wasted on YouTube or dental floss or barely-bleeding kids.